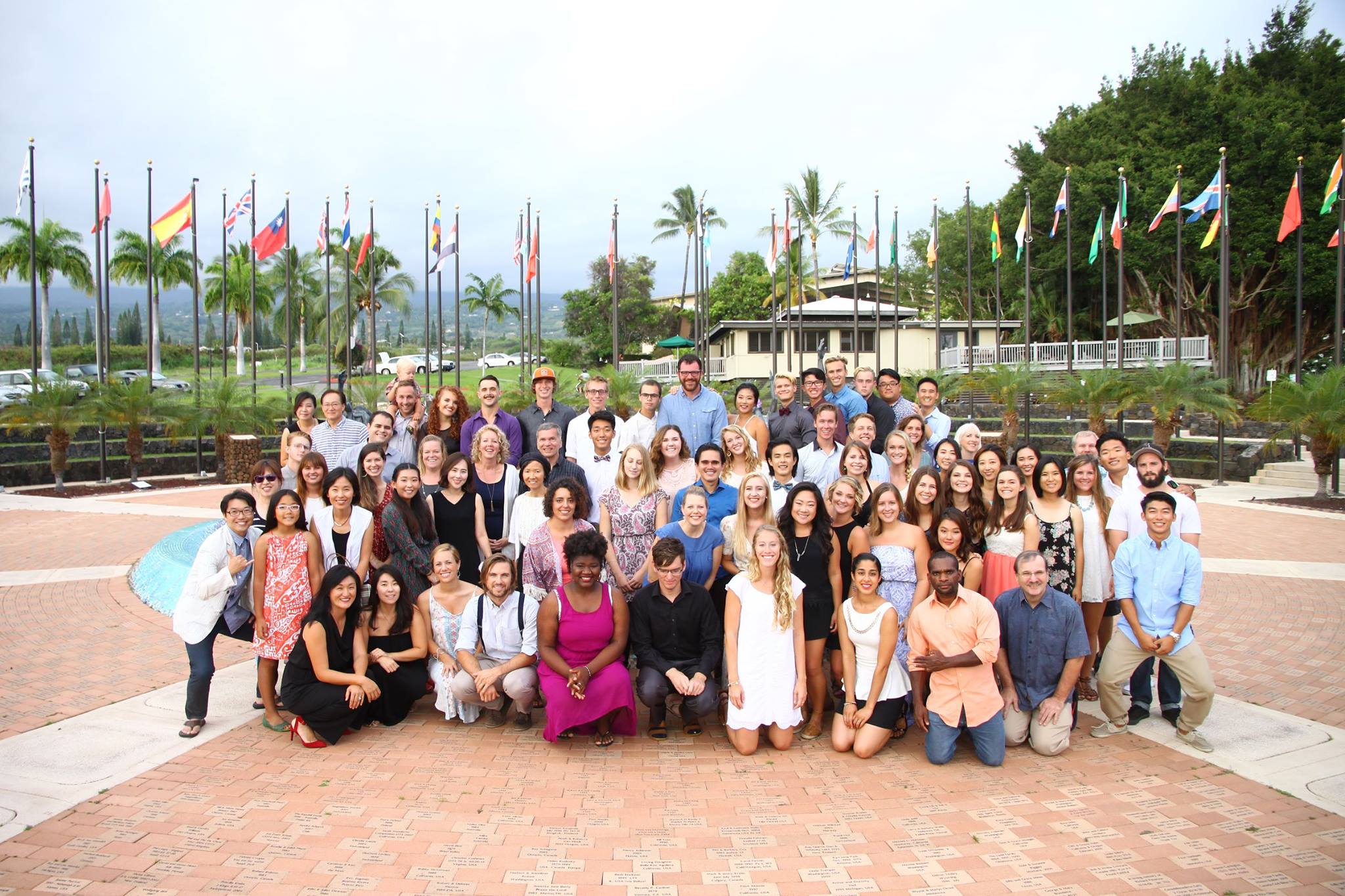 DTS, DBS, and what's next for me at YWAM Kona

You know when you need to get something done, but the thought of it overwhelms you, so you hold it off again and again until it gets to the point where it's so overdue you literally just have to do something?

...well, that's been me with blogging (can I get a hallelujah that our God is not a procrastinator? that would seriously suck).

The reason I stopped blogging during dts was not due to a lack of exciting things to talk about- but in fact quite the opposite. God was doing so dang much in my life and in my heart, that the thought of summarizing in a blog post seemed impossible.

So... I've done what I can to share/summarize everything that has happened since- but if I could meet in person and talk for hours with everyone who is curious and eager to know what God has been doing with me, I seriously would.

But since that isn't an option -yet- here is a catch-up post about what our Great God is doing in the life of this daughter of His who so desperately wants more of her Father:

About ten months ago, I surrendered my life completely to God, and He turned my world upside down - in the best way possible.

October 1st, 2015 was when I landed in Kona Hawaii at the University of the Nations "Youth With A Mission" campus for the first time. It was a miracle that I was even there- God had provided $3,300 in less than a week right before I was to go (a total of $11,000 was provided in all)- and I knew so little about what I was getting myself into.

I knew that it was an organization all about knowing God more, and about making Him known to all the nations, like the Gospel tells us to do. I knew that YWAM was established to train up missionaries to spread the Good News. I knew that signing up for a DTS (discipleship training school) would mean leaving everything I knew behind, "quitting" my life how it was, and going to a new place where I knew no one. I knew that it would be 5 months of life-changing experiences, adventures and sacrifices - but I could only begin to imagine what God actually had in store for me in that time.

October through November was lecture phase in Kona - through weekly speakers, I learned more about God, I learned that I could hear His voice, and I learned what it meant to be a disciple of Jesus - but out of everything I learned, what He
in me was the biggest miracle/testimony of my life - God broke off the fear that had dominated my life thus far.

From as far back as I can remember, I had struggled with severe anxiety - irrational, unexplainable, uncontrollable fear that could cripple me wherever I went and with whomever I would come into contact with. It "paralyzed" my spirit and kept me from living in the freedom Christ had to offer-


It was during a week of deep healing for my team that I first had this freedom from anxiousness, and it was simply the most life-changing day of my life.

So there I was, half way through lecture phase, getting to figure out how to live life without anxiety and fear ruling over me- it was some of the best days of my life, because I had never known what it felt like to live without it- to live without a raging ball of anxiety inside my chest that I thought could never really be removed.

And then before I knew it, it was time to leave for outreach- three months living in the Philippines- it was time to "make God known". After two months in Kona training, soaking up knowledge, and being healed/set free, my team and I were so excited to see what God had for us in the final part of DTS.

It was exciting, thrilling, and adventurous, but it was also very challenging- obvious things like culture shock, missing home, and stepping out of my comfort zone in ministry work stretched me- but things like living conditions, completely different food, exhaustion, and spiritual attacks on my health and my team were things that, in reality, were much more difficult than I had imagined they would be. I had never been on a missions trip that lasted more than a weekend- and I was definitely pushed to my limits, and hit with the big question of "Is Jesus
worth it).

But considering everything I struggled with, there's nothing that could compare to the blessing that outreach was- to me and to others. My team put on multiple open airs, performed skits and a sign dance, did evangelism/prayer walks in every town we traveled to, held dental clinics, visited orphanages and preschools, helped pick up trash, fed/put on programs for street kids weekly, and had many Christmas parties for communities we were in.

I went into it wanting to bless/pray for/lead to Christ/listen to the stories of everyone I possibly could- and though, with God's grace, I was able to do all that, I found myself feeling way more blessed by those whom I met that staffed/voluteered for YWAM in the Philippines- I will never forget the people I worked with and grew close to during my three months there- they are all so full of genuine life, love, strength, and passion for the Lord.

My DTS memories are some of the sweetest memories of my life- and once it was over, it was like the the end of a really good dream that you don't want to wake up from. Going home was literally being plopped back into your old life, where everything seemed the same, but while you yourself are now a completely different person- with a whole new perspective, new life-altering memories, and new close friends who are now also plopped back in their homes.

I remember it being a difficult time, but such a sweet time crying out to God- wanting to know what was next in His plan for me.

He worked very quickly, and I soon knew that I was going back to Kona to do a school called
(I got back from dts at the end of February, and left for dbs beginning of April).

I got to watch God provide for me again- knowing that I had less than 5$ to my name and no time to get a job and save up. I don't know why I worried, because yet again, He provided all that I needed and more.

With 5am cafeteria duty daily, followed by worship/intercession, then class, reading the Bible in our small groups, and then homework- it was a time of being stretched in a new way, but oh was it worth it.

I came into the school feeling like I knew nothing about the Bible, I would read the Old Testament and feel completely lost and incapable of ever understanding the big picture- but that's exactly what God gave me through the school:


Not only do I now feel way more confident in understanding the overview of the Bible, but God grew my character tons in this time too. The school is focused on not just knowledge, but of spiritually growth for the students as well.

For me, it was a time of God stripping off fear even more- fear, anxiety and stress were no longer in me, but they were trying to come on me- and I got to learn more of what life without fear- freedom from fear- really looks like.


God has called me to staff the DBS that I completed at the end of this past June. It was crazy to realize that this is what God has for me in this next season, because I never in a million years thought I would have the courage and boldness to staff a school.What this means is that I'll be in charge of leading a small group every day- so reading through he Bible and leading Bible studies- as well as discipling them one-on-one.

So here I am in need of the Lord's provision once again- He sure is breaking off any fear of finances that I once had, as well as any fear of leadership.

(Support info: Staff in YWAM are unpaid volunteers, so in order for me to volunteer from mid-September through December, I will need about $600 of monthly support to cover room($400 rent) and food($6 daily) costs.
.)

If you feel lead to support me, big or small amounts, I will appreciate it so much!


Thank you for taking the time to read this, God bless!

"I found my life when I laid it down."